Mark Kendall was born in Minneapolis in 1982. His feature-length debut film, LA CAMIONETA, was selected as a New York Times Critics' Pick, one of IndieWire's “Top Docs of 2013,” and one of Fandor's “Best Political Films of 2013,” marking him as “a name to watch” in Variety. His films have been screened at the National Gallery of Art, the Museum of Fine Arts in Houston, the Wexner Center for the Arts, Anthology Film Archives, the Yerba Buena Center for the Arts, and at festivals such as SXSW, Los Angeles, Guadalajara, É Tudo Verdade, and SANFIC. Kendall has been a fellow of the Guggenheim Foundation, Sundance Institute, Film Society of Lincoln Center, The Pew Center for Arts & Heritage, and the American-Scandinavian Foundation. He has received additional support for his work from Berlinale Talents, the Sundance Institute Documentary Film Program, IFP and the Jerome Foundation, and has been awarded residencies at The MacDowell Colony, Yaddo, the Dora Maar House, and The Bogliasco Foundation. He holds an M.F.A. in Social Documentary Film from the School of Visual Arts and is based in Philadelphia. 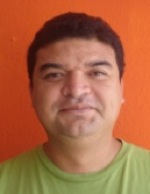 Rafael González is an award-winning journalist and documentary filmmaker based in Guatemala City and the founder of Ek Balam Productions, a Guatemalan production company that has worked on social issue films with the United Nations, the European Union, and the Fundacion Soros Guatemala. Spanning both his career as a journalist and as a producer for film and television, González’s work focuses on the experiences of immigrant and indigenous communities and aims to preserve Guatemala's historical memory. His most recent project, “Dignity, Prevention, and Rehabilitation of Torture Victims in Guatemala” was awarded First Place in the 2010 Communication Awards organized by DEVCO and the European Union. 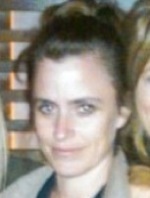 David Teague is a film editor whose work has played Sundance, Cannes, Berlin, Hot Docs, SXSW, Silverdocs, Tribeca, LA Film Fest, Full Frame, and True/False, amongst many others. He recently edited the Oscar-nominated documentary CUTIE AND THE BOXER (U.S. Directing Award – Sundance, 2013), which was named by the New York Times as one of the top five docs of the year. Previously, David edited the Oscar-winning documentary FREEHELD (2007) as well as two other Oscar-nominated films (MONDAYS AT RACINE, SUN COME UP). Other credits include the feature documentary THE IRAN JOB, and the PBS series CONSTITUTION USA. Along with having taught cinematography and editing at DCTV, the New School, Brooklyn College and Long Island University, he is the author of three best-selling guides to film editing with Final Cut Pro and Final Cut Express 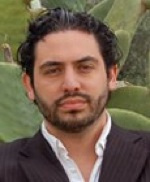 Bernardo Ruiz founded QUIET PICTURES in 2007 in order to produce aesthetically innovative and socially relevant documentary films for all platforms. He is the director/producer of AMERICAN EXPERIENCE: ROBERTO CLEMENTE (PBS, 2008), winner of the ALMA Award for Outstanding Made for Television Documentary and co-produced the P.O.V. documentary, THE SIXTH SECTION, winner of the 2003 Morelia International Film Festival Short Documentary prize. Bernardo recently completed REPORTERO, a co-production of Quiet Pictures and ITVS with support provided by the Ford Foundation, the Sundance Documentary Fund and Cinereach that will be broadcast on P.O.V. in 2012. 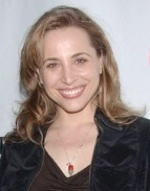 Esther Robinson is an award-winning filmmaker and producer. Chosen as one of Filmmaker Magazine’s “25 to Watch” in 2006, her critically-acclaimed directorial debut "A WALK INTO THE SEA: DANNY WILLIAMS AND THE WARHOL FACTORY” took top prizes at the 2007 Berlin, Tribeca and Chicago film festivals. As a producer her projects include: HOME PAGE, by acclaimed filmmaker Doug Block (HBO/Cinemax), Cameron Yates' THE CANAL STREET MADAM (SXSW/Hot Docs), and Yance Ford's STRONG ISLAND (in production). Robinson served as the director of Film/Video and Performing Arts for the Creative Capital Foundation (1999-2006). Robinson is a contributor to Filmmaker Magazine, a Co-Chair of The Cinema Eye Honors, a board member of Women Make Movies and the founder of ArtHome, an entrepreneurial nonprofit that helps artists build solid financial futures through the creation of assets and equity. She holds a film and television degree from New York University. 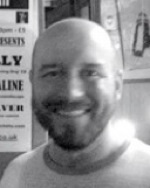 Kara Andrade is a graduate of the University of California at Berkeley's Masters program in Journalism and has ten years of experience in non-profit development, public health and community organizing. Andrade has worked as a multimedia producer and photojournalist for France24, Agence France-Presse, the Associated Press, Americas Quarterly, the San Jose Mercury News, Contra Costa Times and the Oakland Tribune. She was formerly a Fulbright fellow funded by the U.S. State Department to implement a citizen journalism website in Guatemala, her country of birth. She is currently expanding upon her Fulbright project as an Ashoka fellow based in Central America. 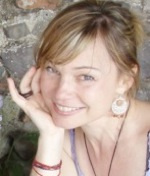 Ellen serves as producer and creative development consultant to artists, organizations, and projects associated with social and environmental issues. Ellen worked for over 15 years with Save the Children as Director of Resource Development and the Emergencies & Crisis Leadership Council, where she focused on strategic planning and funding for new initiatives. Ellen's work with documentary film, music and arts projects includes: Film and soundtrack for documentary BORN INTO BROTHELS (Academy Award, 2005); art installation THE ENCAMPMENT (Roosevelt Island, NYC 2007); documentary STOLEN (Toronto/IDFA, 2009); and current indie feature VALLEY OF SAINTS (Sundance/Rotterdam, 2012) and documentary feature LA CAMIONETA (SXSW/LAFF, 2012) both now screening at international film festivals. 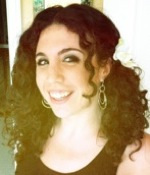 Sascha Weiss is a former Fulbright fellow in Mexico who was the Field Producer on Emmy® Award winner and Academy® Award nominee WHICH WAY HOME (2009). In recent years she has worked with immigrant and refugee communities in various capacities at the Bureau of Immigrant Workers' Rights at the New York State Department of Labor and Labor Bureau of the New York State Office of the Attorney General. She is currently working at HBO Documentary Films on THE WEIGHT OF THE NATION, a multi-part documentary series on obesity in America presented in partnership with the Institute of Medicine, the Center for Disease Control and the National Institutes of Health, which will be broadcast on HBO in May 2012. Sascha graduated from Wesleyan University and holds a Masters degree in Public Policy from the University of Texas at Austin.